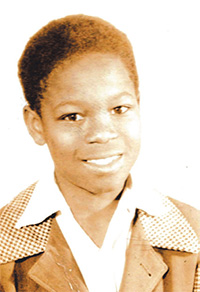 Born in the late 1930s and raised in a loving, close-knit family on a farm in Sawdust, Florida, during the extreme cruelty of the Jim Crow era, Lewis Thigpen depicts a world of limited resources to put food on the table. Yet he finds joy as a boy in a time of austerity and adversity. He relates his creativity in fishing, hunting and trapping wild animals and birds, and making his own toys—anything having to do with a boyhood full of delight. His story is in many ways a perspective on the life of any boy—the many games they play, the delights of competition. Much of his ingenuity shows early signs of the outstanding scientist he would become.

Fearful of being a farm worker or common laborer for the rest of his life, Thigpen joined the U.S. Army, where racism persisted even though President Truman had ordered desegregation of the entire military in 1948. During his three years in the Army, he served in the States and West Germany and achieved the grade of E-5.

Despite the challenges of segregation and severely limited funds, Thigpen achieved an excellent education and proceeded to prominence as a renowned engineer, scholar and inventor; research scientist at leading national laboratories; tenured professor; and university administrator. His research has been published in numerous juried science and engineering journals.